The Alien Giving Rides to Chatters! 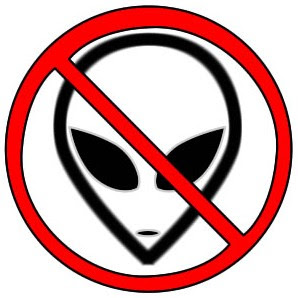 One day I decided to roam the science chat rooms to see what was going on in the Paranormal Internet forums. I came across a room with about 25 people in it. It was called Alien something or other. I entered the room in the midst of a woman giving an address over the microphone for all in the room to hear. I thought it odd as such a move could surely prove extremely dangerous. The Internet is the new Wild West, after all, and potential danger lurks behind each and every door. I didn’t think people would take a chance at doing something like this.

I listened and yes, she was announcing her address and phone number in the open chat room!

I decided to stay a while to see what this was all about. As soon as this first woman released the microphone another was on it and she too was not only giving her address but also spelling it so there would be no mistake. She repeated her telephone number twice and then typed all the info 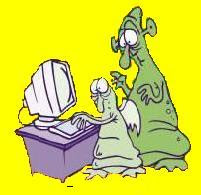 rmation into the chat room for all to see. I wondered what in the world could be going on.

As I watched and listened I heard a small monotone male voice begin to speak. He sounded as if he were standing too far from his microphone. He had a very slight hint of an accent. I could not distinguish what kind of accent he had but the hint of it was there. I adjusted my own headphones to hear him. He sounded distant and bland. He started to talk about “being there within the hour” after he drops offline. The others were asking questions in type: Will you be alone? Will you come in your craft? How long will you stay? Questions like that.

I still could not figure out what was going on. I decided to simply ask. I went to the voice option and asked the room, “So room, what is going on today?” I was told we were in the presence of an honored guest and I should wait my turn. Wait my turn? What were they doing? Maybe this man was sending out free books or a CD. I sat back and listened.

The man returned to the microphone and started to tell this room full of people that he picked out only “special” people. He said he could see us all clearly and knew which of us were special. I thought, oh--he must be giving out free readings or some such thing.

He then started to talk about the place he supposedly “came from.” He told the room it was dry and cool at his homeland. I thought he must not come from around where I live. I continued to listen, still being a bit dense myself. He then said the big difference between his home and ours is that his sky is green rather than blue. That is when I did my first big HUH?

He continued to give a description of this fantasy landscape and talked about hut-like glass houses and sand-powered hover cars. I could not figure out what was going on. I sat and listened with care. The man talking in a very faint low whisper talked about a place far different then the world I knew. We did not have green skies, nor did we time travel in large orbs with our children back in time as a history class.

This man talked about a world that did not use money or have hospitals, as none of his kind was ever ill. He talked of sciences we did not have and places we have not seen.

I listened to him as I watched the reaction of the people in this chat room with total amazement. No matter what this person said they took it as absolute truth. Not one person questioned him or seemed wary of him in any way. I found the entire encounter odd and uncomfortable.

What was extremely disturbing was that this man would stop his recital of another universal home with demands the people in the room supply him with personal information. He wanted addresses, phone numbers and full names. He wanted to know if they lived alone or had close friends or family near?

This person frightened me, however the others seemed hypnotized by his every word.

I listened as a few of the people in this room took turns on the voice option telling the others that they did have this ‘Alien’ visit them in their homes and that he was a gift to them and healed them of illness, saved them from crisis’s and took them on rides in a orb type craft far out into space where they viewed the earth and moon from a distance.

They talked about him as if he were a god. I felt fear and danger as this situation unfolded right in front of me.

The people were lined up for voice time and madly typing their private information into this public chat room. The Alien person continued to talk about his planet of sand and neon colors where there was no aggression, no poverty and from what it sounded like no joy. I could not help but notice the cold mechanical lifeless way this being sounded. He had no life, no light, and no expression in his communication. It was as if he was a machine reading a scripted play about an enchanted land.

I realized that this person, being, thing- had been doing this for some time and that others had already had some type of interaction with him. I also noticed that those giving witness to his visits sounded cold and dry. They seemed to be as emotionless as he was.

The people in the chat room would not allow me to speak on the microphone. I was blocked as this man creature and his followers dominated the voice option.

I was able to type into the room. I started to question this man about his intentions. Why did he want all their private information? Why did he need to know if they were alone? If he were a true Alien why did he need our primitive form of communication at all? Couldn’t he detect where the computers were located without being told?

I asked as many questions as I could. I knew this was a bad situation and tried to get those being over taken by this man to think about how odd and dangerous this was.

He told me that he had been visiting this planet for a long time and was only allowed to interact with humans that fully and willingly gave their permission for him to visit with them. He told me he met many people via the chat room system and often would visit four or five a night all over the world all from one visit to this chat room.

I became very concerned that this was some horrid scam where good people may end up robbed or far worse missing. I started to plead with the people not to give this person their information. I begged them to investigate anyone claiming to be able to visit four different places on earth in one night as an incredulous statement and begged them to seek out proof of his claims before giving this stranger their information.

Two people came onto the voice option and told me that both of them were the proof needed. The one person claimed to live in England, the other Las Vegas. They swore this being; this man with the whisper of a voice visited them within one hour of each other just the week before.

I could not convince the people that this was impossible and that all of these people may be in some kind of scheme together. In my heart I also feared that there was some truth to this outrageous story and that this man was something from somewhere else and was visiting these people. I also had a feeling deep in my soul that told me this was a bad event and that he was not a good being.

I could not stop what was going on. I could not snap the people out of the stupor this man seemed to have them in. They continued like robots to line up to give him their information and all begged him to visit them next. It was in my mind a living nightmare.

What happened next is hard to explain. An odd sound started to come over the sound into this chat room. At first I thought it was some kind of music but then it sounded like a code of beeps and static.

Although I was glued to the screen and what was going on in this chat room, I cannot explain how it all ended. I was sitting there one second listening and watching and the next I was sitting looking at an ad for swimwear! I looked and blinked and was completely stunned. Where did the room go, I was even closed out of the chat system!

I tried to quickly return to the chat area and find the room but found my computer locked and my efforts fruitless to do anything other then shut down my computer.

I did manage to get back on line and did go back to search for that room but it was gone. I looked around the other rooms in that section of rooms to see if I could locate the people who were in that room but had no luck at all.

I went back the next day and searched for that room and those people but found nothing. I contacted the chat service and told them I thought it was a dangerous room, but was basically ignored. I looked for weeks to see if he came back, but never did see him or his room again.

I have thought about that experience often since it occurred in 2004. I do not know what that man was doing. I do know he was dangerous, or if he was some type of creature, he was not a good one!

I do know it happened and that the people involved willingly placed them and those around them in danger. This story had no good ending. This man was either a criminal setting up people for some evil wrong doing or some strange being using people for some strange purpose. I do know he sent chills down my spine and set my danger radar spinning.

I hope all of you stay alert and know that the Internet can be a wonderful place of learning and sharing. It can also be a dangerous land for those with evil intentions and maybe even Alien or other creature needs and uses.

Never ever set yourself up for the unknown with the unknown. You could end up missing, robbed or god knows waking up on a planet with green skies and emotionless beings.

I do not know what happened that day to those people or who or what that being was controlling them in that chat room. I do know the entire event made my skin crawl. Be careful out there!

♥ Copyright © 2009 Chris Holly, Endless Journey and the Knight Zone @ http://endlessjrny.blogspot.com/
Posted by Chris Holly at 12:27 AM

what's up with all the html in your posts?