My interview with The Truther Girls here

Anya Briggs: Interview with Truther Girls
Posted by Anya at 8:18 AM 1 comment:

Artist Michele Witchipoo's blog: here's her latest Psycho Bunny (love it):
Psycho Bunny Makes More Than A Poker Face at WitchesBrewPress's Blog
Posted by Regan Lee at 9:45 AM No comments:

Must Be a Slow News Day for Mad Makow

One of Makow's many surrealistic opinions on what women are really about is that once feminists discover the truth about the evil agenda that lives within, these women are doomed. Doomed! Because all that's left for these women is to become gay:

"The Vagina Monologues" presents a sad picture of life at the dead-end of feminism. It is an anguished cry for male love by a generation of women deceived by feminism, who now have no choice but to become lesbians.

Something about the play has Makow worked up, for he uses the word "steamy" twice in his denouncement:


the play provides a steamy experience of sexual intimacy.

Parsing the twilight language in Makow's writing is always fun; I'm sure his use of the word "flavor" in the following is inadvertent but it made me laugh:


Forgive me for what follows but I am trying to convey the pornographic flavor of this so-called play.

Makow writes that "fixation" on one's genitals is "pure homosexuality." I'm serious here, is anyone out there listening to this fool?  Sadly, and more to the point, frighteningly, the answer is yes. Of course Makow's a clown, but what's scary is that there are plenty of both men and women who follow his misogynistic philosophies and those people are very serious. Furthermore, his biggest fan seems to be Jeff Rense, who happily posts links to Makow's current articles on a regular basis.

I wondered how long it would take Makow to get into the world domination by evil feminist-Jew-lesbians via their Illuminati ways shtick. No matter what the topic of his rants are -- it could be recipes for jello salad or whatever -- he brings it all around to the insidious plots to rule teh wolrd by lesbian-jew-feminists.
Even though the subject of Makow's current piece is The Vagina Monologues, he goes from theater critic to paranoid goof ball. Well, he was a paranoid goof ball to begin with, but anyway. He segues into a brief section titled Illuminati Brainwashing, where he once again equates self-empowerment and being educated about one's body to having a "hatred of hetrosexuality." Next section: Agitprop, where Makow discusses the "tactics" used by Communists, which, don't ya know, are also used by the evil pinko-jew-lesbian-feminist cabal:


We must face the fact that feminism is a homosexual movement in deadly competition with heterosexuality. It is part of a wider covert war aimed at subverting Western civilization and enslaving society.

As I mentioned earlier, the comments left on Makow's site are disturbing. Makow may be a fruitcake: old, stale, and moldy, left far too long on a crusty
contact-papered shelf in June Cleaver's kitchen, but I can't ignore the fact that there are those that take Makow seriously. One comment left by "Phil" puts the The Vagina Monologues in the same category as torture and war:


Dr. Makow – thanks for your expose of this popular pornographic play. It is a sign of a very sick culture that things like this are so easily accepted by society these days, along with torture as official policy, pre-emptive wars, and the slaughter of innocents.

I can't speak to the play itself as a play, since I've never seen the play, only having seen various scenes throughout the years. Something about the play always struck me as, while empowering and all that good stuff, as also kind of do-gooder upper middle class bourgeoisie tripe.  But regardless of if I've seen the play or not, it's clear Makow's issues with the play are with women taking control of their own bodies and educating themselves. Finding offense at basic sexuality is such a sad yet ridiculous response to have in these times, (any times) and then equating that with the downfall of society while ignoring the real stuff -- you know, like the world literally cracking open --  is truly bizarro. So, in that context, one question among many questions, is why does Jeff Rense insist on promoting Henry Makow?

This should be a great show, I spoke with Sonia for an hour and a half last week by phone and she was hilarious, compassionate, so smart and really open minded to what has happened to me. The topics covered will be my testimony at the recent Presidential Commission for the Study of Bioethics, my MILAB experience with Aaron McCollum, and my covert operations recovered memories of having been involved with James Casbolt and others in that regard. Please check it out, I have a strong feeling topics I haven't covered before in other interviews will be discussed as well, and she is a great devil's advocate who asks really probing, germaine questions.
Sonia's Youtube channel is pretty great as well, here's a link for lots of great information about The NWO, health and nutrition, funny skits, alternative energy, and some occasional info on UFOs and the national security state: http://www.youtube.com/user/thetruthergirls
Posted by Anya at 9:13 AM No comments:

Animal Forteana: Here Be Dragons! Itty Baby Ones, on Game of Thrones

Of the season finale of Game of Thrones, dragons, and (possible) Queens:


True, the women have power, but the King trumps the Queen. Ah, but not so fast, for Khaleesi/Daenerys Targaryen has come into her own. Surrounded by her dragons, she will indeed rule, I suspect. And I bet the red winged dragon will be her special one; the leader of the pack (all three of them), the one who leads the way

Animal Forteana: Here Be Dragons! Itty Baby Ones, on Game of Thrones
Posted by Regan Lee at 8:14 PM No comments:

Question Has Been Posed:" Is Whitley Strieber Advocating Implants?" 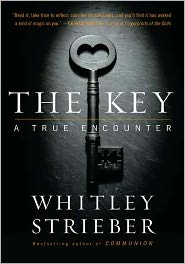 I followed this link from Lesley's Debris Field, and was astonished, because I'd forgotten about Rigorous Intuition. So many forums and blogs and people. so little time. There's a lot there about Strieber and The Key, which I haven't yet read, and I don't know what to think about any of it. But it's interesting as hell, that is for sure.

I've just skimmed what's all there, so can't comment much. But a couple of things: seems Daniel Pinchbeck, who I greatly admire, has issues with Strieber, as I've commented on the past as well. Two psychonauts I respect at odds with each other. Always interesting. Then there's the late Mac Tonnies' thoughts on Strieber (Mac being another person I admired) -- which are very intriguing -- referenced on the RI OP. But what to think? Seems as wild in many ways as the simple idea Strieber is saying he experienced exactly what he did, indeed, experience. Can we fault the "experiencer" for stumbling around and trying to process the incredible? What else is he/she to do? And what of the enigmatic remark from the author of this post at RI about "psychic" interplays? via computer?:


"I posted a response suggesting an alternate explanation to Strieber’s paranoid insistence that sinister forces were behind the edits, namely, that Whitley had unconsciously altered the text via some sort of psychic interface with his software (something which has almost certainly happened in my experience)."

That's quite a concept, one that's never entered my mind. And yet, I had something close to that myself once...does this mean the computer can be a conduit for communication for "them" as with ghost/hauntings -- those spirits and energies that use electricity to communicate? Which would mean Strieber's mind wasn't playing tricks on him, but "they" were.

I'm not defending anyone here, nor, attacking. Both seem downright stupid as well as silly and petty. When it comes to the individual and his or her experiences, we can't dare to tell them how to go about their journey, or be so presumptuous, as so many are in this field, to tell them how to interpret those experiences. Follow the magical threads here: rigorousintuition.ca - View topic - Is Whitley Strieber Advocating Implants?
Posted by Regan Lee at 1:53 PM No comments:

I posted this story of a Russian female marine biologist at my Animal Forteana blog; thougt I'd share it here:

Naked in the Artic: Exploiting Belugas

This is an incredible story, almost seems like a tabloid item or Onion piece. Beautiful photographs, and amazing story in so many ways. But it's very sad as well, for the Beluga whales are being "tamed" and kept in holding pens in the ocean until such time they're considered acclimated enough to be sent to aquairiums or "dolphinariums" around the world. A horrible thing; something that should be illegal. Such beauty and witness to how we can control our bodies to communicate with other creatures, and all for greedy and self-gratifying reasons that exploit others. Article, with photos, here:Naked female scientist tries to tame beluga whales in the arctic | Mail Online

Animal Forteana: Naked in the Artic: Exploiting Belugas
Posted by Regan Lee at 1:12 PM No comments:

Lesley Gunter who runs a million blogs, including The Debris Field of course, and Women Of Esoterica contributor, has started a new blog: The D Word: Satisfying the Sweet Tooth I like it! Like Lesley, I avoid diet/0 calorie stuff because it's poison! Her first post is up and has tips on low-cal treats that don't contain aspartame, etc.
Posted by Regan Lee at 7:43 AM No comments:

Tina Sena has an eloquent and personal post on her blog YUFOLOGY about her paranormal experiences. I'm looking forward to reading more:YUFOLOGY: Family Values
Posted by Regan Lee at 10:23 AM No comments: