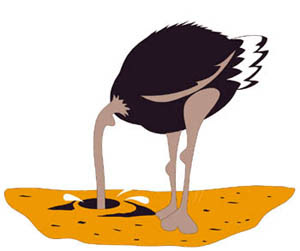 Look UP, damnit! Why is there so much apathy and fear? Why do people refuse to look up, even then they see someone near them looking up and watching . . .something up there? Why do they, if they do look up, refuse to acknowledge what they've just seen? Chris Holly writes about this strange behavior that she's experienced many times, as have I. So I ask, what the hell is it people are afraid of?

I posted a little review of Chris Holly’s article on UFO Digest: What’s Going On? - The Sky is filled with Chemtrails and No One Looks Up! In that article, Holly mentions an earlier article she wrote for UFO Digest about seeing a UFO at a friends house during a party.Something is Wrong - That was a UFO
and NO One Noticed!In both articles, Holly mentions the bizarre apathy of the majority of potential witnesses to things right above their heads, be they UFOs or chemtrails. As strange as both those events are, it’s certainly as strange to know that people do not -- and will not, when asked to -- look up. Often, when they do, after seeing a UFO, or the strange patterns made by those umarked white planes, they simply shrug and move on. Holly writes about the UFO she, and a few others, witnessed at the party, and their reaction:

I stood there flabbergasted at what we just observed. I could not believe I was so lucky to have had a deck full of friends to share this incredible sighting with. I turned towards the three who had been watching this display with me and said “ My god, did you just see that?” They looked at me and sort of shrugged.

Frustrated and confused by the lack of interest and excitement of her friends at seeing the UFO with its defintly un-plane like characteristics, Holly writes that she asked her friends about what they’d all just seen:

Wait a minute guys, did you just see what went on out there with those lights?’ They looked at me as if I was crazy. “It was just some lights Chris, probably a couple of planes.” I turned towards the three who witnessed the strange maneuvers of the lights with me and asked.” Have any of you ever seen a plane do what those lights just did?” To my complete amazement they just sort of looked at me blankly.

This response “It was just some lights, Chris, probably a couple of planes” is astounding. Of course, I wasn’t there, and didn’t see what Holly saw. But I have experienced the exact same thing, many times over, that Holly describes in both her articles.

From Holly’s description it doesn’t seem that what was seen were merely planes. IF they were simply planes, that’s still pretty weird. What kind of planes do those kinds of things? Aren’t people interested in that? Human made, military, or ET from space, it still is weird enough to be curious, at least. Instead, apathy rules, acknowledgement drools.

At least Holly had one friend who acknowledged that what they saw wasn’t simply a plane, that it was, indeed, very odd. While supportive and confirming, Holly is also confused by her friends’s reluctance to talk about it openly to the group; instead, he talks to her privately,and encourages her to let it go, because he worries that she will be treated badly and considered a nut. Even though they all saw the same thing!

It’s good to know that there are others out there, like Chris Holly, who have experienced these same kinds of things. I’ve written before in various places on-line about this phenomena of people not looking up, simply refusing to, or, when they do, simply shrug and pretend it didn’t happen.

Thankfully, we have people like Chris Holly who isn’t afraid to write about these experiences and is willing to call people on their reactions, or, lack of them.
Posted by Regan Lee at 5:07 PM 1 comment: Links to this post

This Wednesday night, November 26, I'll be on Rob McConnell's X-Zone podcast. You can find out more here.
Posted by Regan Lee at 8:19 PM No comments: Links to this post 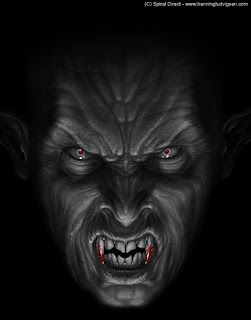 Do you suspect a haunting is occurring in your home? Take my Haunting Questionnaire to find out if you are and what it could be that is causing dread in your basement.

Posted by DanielleQ.Lee at 11:13 AM No comments: Links to this post

When logic and proportion have fallen sloppy dead...

For anyone who hasn't seen this very bizarre and compelling instance of paredolic posturing, you really must take a look at the photo I've written about in my latest Medusa's Ladder column. It was originally sent to my husband for inclusion on his site, but I thought I'd help share it a little--it's really extraordinary.
Click here to read the article and see the photo.
Posted by richelle at 7:29 PM No comments: Links to this post

'Hysteria' gets a stamp of approval

I've been wanting to write about the feminist/medical history/academic writer/critic Elaine Showalter here for a while. This story reminded me of that, and it seems like a fairly big story that isn't really making the rounds, so I thought I'd post it--I'm going to have to provide some ideas about it and Ms. Showalter (I love her) a bit later.

Posted by richelle at 11:48 AM No comments: Links to this post

New TR on Binnall of America: Psychic Factor and UFOs

My new Trickster's Realm column is now up at Binnall of America: The Pyschic Factor and The UFO Experience.
Posted by Regan Lee at 1:55 PM No comments: Links to this post 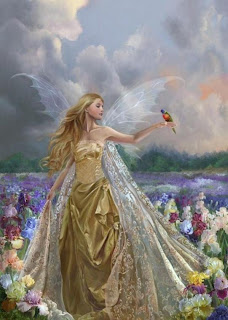 I feel so priviledged to have such a wonderful relationship with such a beautiful being. Here's a little story I wrote about the day I met her. The Wisdom of Amaryss


Posted by DanielleQ.Lee at 7:00 AM No comments: Links to this post 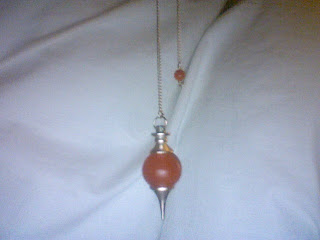 I have an article up at UFO Digest on my personal experience with UFOs and aliens: A Little Experiment: Pendulums, Telepathy and Aliens

Three different times I’ve had the eerie experience of knowing that “they” were in the room with us. Who “they” are, I’m not sure, but a few things I just know to be true are: “they” are related to UFOs, “they” are not human, and yet have a connection to us, and “they” are very much aware of us; far more than we are of them 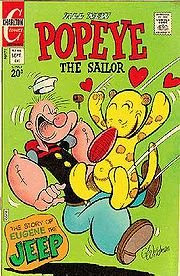 You might be wondering what Popyeye and Jeep have to do with anything; well, read it and you'll find out!
Posted by Regan Lee at 4:23 PM No comments: Links to this post

SAQQARA, Egypt (Reuters) – Egyptian archaeologists have discovered a pyramid buried in the desert and thought to belong to the mother of a pharaoh who ruled more than 4,000 years ago, Egypt's antiquities chief said on Tuesday.

The pyramid, found about two months ago in the sand south of Cairo, probably housed the remains of Queen Sesheshet, the mother of King Teti, who ruled from 2323 to 2291 BC and founded Egypt's Sixth Dynasty, Zahi Hawass told reporters.

Posted by Regan Lee at 3:21 PM No comments: Links to this post

Peruvian singer Yma Sumac died November 7, at age 86. I have great memories of listening to her when I was a kid; I still have some albums of hers. I think this video, with Yma in the woods -- it seems very witchy and nature goddess like -- is fitting for Women Of Esoterica.
Posted by Regan Lee at 11:08 PM No comments: Links to this post 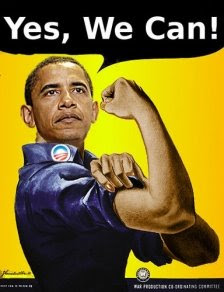 Posted by richelle at 10:28 AM No comments: Links to this post

I know this is "off topic" but I've just published a post about the election of Barack Obama over on my blog.

It's a personal view that I wrote as soon as I heard that he had won. I just needed to get my thoughts written up. Along with the rest of the world I'm very pleased that he will be the next US President, but on my blog I do sound one word of warning. However, I wish him well.
Posted by Kithra at 12:37 AM No comments: Links to this post 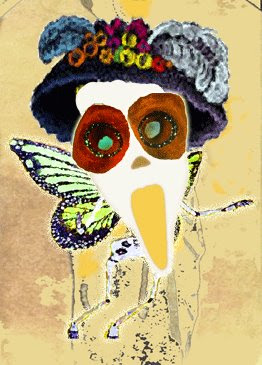 from miss mictecacihuatl, the lady of death.
Posted by richelle at 7:42 PM No comments: Links to this post

Get out and vote!!!! Know what your voting rights are, know where to go or what to do to vote, and do it! VOTE!
Posted by Regan Lee at 5:41 PM No comments: Links to this post

Dr. Clifford Pickover: The Girl Who Gave Birth to Rabbits 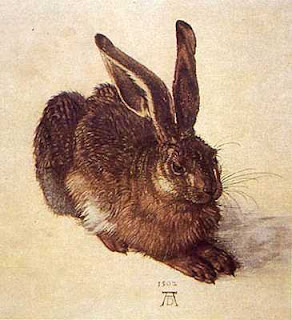 Medical oddity, and sounds like, no doubt, a medical tragedy, from the 1800s: The Girl Who Gave Birth to Rabbits, the story of Mary Toft, as told by Cliff Pickover.
(Image is of artist Albrecht Durer's "rabbit" painting)
Posted by Regan Lee at 2:42 PM No comments: Links to this post