Kithra at Krystal Kave has a new article on a Russian mystery that I have found absolutely fascinating since I first heard of this unsolved incident on Ancient Aliens.


dyatlovpass: Many people have written about this incident as it's not only a real mystery but remains, to this day, unsolved.

It happened during the night of 2nd February, 1959, in the northern Ural Mountains on a mountain known as Kholat Syakhl. The mountain's name comes from the language of the endangered indigenous Mansi people of Russia. And it's a language that is, in many ways, very similar to Hungarian. A translation of the mountain's name means Mountain of the Dead, so it's somewhat chilling that the incident should have occurred there. Because it happened the event has come to be known as the Dyatlov Pass incident after the name of the leader of the group to which it happened.

"Everything During a Reading Pertains"

While giving a reading or doing a session, everything that happens during that time is a message, a sign, an underscore of what's happening. The other night I was doing a reading and just as I was discussing the "fighting" going on with the client, two of the cats just got into it. They were growling and yowling and hissing and in a tumble, rolling around. They don't often do this -- they get along just fine. But at that moment, while this card showed up:

The Incredibly Insensitive Things The Disconnected Fools Say: Court Rules Women Can Be Fired For Being Too Sexy

Older male boss, increasingly drooling over one of his female employees, fires employee because he was worried he'd end up having an affair with her. As if she doesn't have anything to say about it. But you know, he's a Christian and prayed with his pastor over this. The Iowa Supreme Court agreed. Bosses can fire employees they find ‘irresistible’: Iowa Supreme court | World | News | National Post

Nelson, 32, worked for Knight for 10 years, and he considered her a stellar worker. But in the final months of her employment, he complained that her tight clothing was distracting, once telling her that if his pants were bulging that was a sign her clothes were too revealing, according to the opinion.

He also once allegedly remarked about her infrequent sex life by saying, “that’s like having a Lamborghini in the garage and never driving it.”

Stone Structures - Shows - Coast to Coast AM
Posted by Regan Lee at 2:59 PM No comments:

US church: ‘Gay rights caused Newtown school shooting massacre’ - PinkNews.co.uk: “That’s the message that this evil nation and world need: that God Almighty is on the march & nothing is gonna stop Him.” ~ Fred Phelps, Church founder 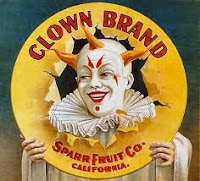 Victoria Jackson's Connecticut School Shooting Post: Former 'SNL' Star's Tone Deaf Comment Hours After Tragedy: My friend Jim Riley posted: "Wasn't the Connecticut killer just doing what abortionists do every day? It's a wonder we don't have more 20 year old "dads" doing what women and doctors have been an accomplice to for years in America. When you forget the TEN COMMANDMENTS, people, THIS is what you get."

Mike Huckabee: Newtown Shooting No Surprise, We've 'Systematically Removed God' From Schools: "We ask why there is violence in our schools, but we have systematically removed God from our schools," Huckabee said on Fox News. "Should we be so surprised that schools would become a place of carnage?"

"I'm not a gynecologist, but I can tell you something: If someone doesn't want to have sexual intercourse, the body shuts down. The body will not permit that to happen unless a lot of damage is inflicted, and we heard nothing about that in this case,"~ Superior Court Judge Derek Johnson, Santa Ana, California

Jackie Chan: "There should be regulations on what can and cannot be protested," Chan told the Southern People Weekly, which published his comments Wednesday. He didn't say what kinds of protests he thought should be restricted. "I'm not sure if it's good to have freedom or not." He also said he was "beginning to feel that we Chinese need to be controlled."

The Watchers; L.A. Murzulli on Coast to Coast

That's tonight everyone. The Watchers - Shows - Coast to Coast AM
Posted by Regan Lee at 7:36 PM No comments:

Can't wait to read this new one by Tim Beckley. Sean Casteel reviews on UFO Digest:


BIZARRE EXPERIMENTATIONS - ARE THE OCCUPANTS OF USO’S ABDUCTING HUMANS AND TRANSPORTING THEM TO UNDERSEA UFO BASES?: In the book “UFO Abduction From Undersea,” published by Timothy Green Beckley through his publishing company Global Communications, I contributed some opening chapters on USOs to set the stage for a book coauthored by Miami UFO researcher Virgilio Sanchez-Ocejo and the late Colonel (Ret) Wendelle Stevens about a fascinating USO case that took place in 1979.

“UFO Abduction From Undersea” begins, fittingly enough, with the attempt to define just what an USO is. In an interview I conducted for the book with world-renowned UFO researcher Stanton Friedman, he told me, “There have been a number of reports over the years of objects that do several things. Navy submarines have apparently seen things moving along much faster than they can underwater, without going in or coming out. Others have seen UFOs come down in the water and move around and then take off from the water. And there have been reports of things that just come bursting forth out of the water.”

Lesley Gunter's "Light in the Sky"

Lesley's new Grey Matters is available at Tim Binnall's site, and it is a very unnerving story! If the object was a drone -- one of ours -- why the strange physical effects not only on humans but animals? It's bad enough the drones, or, whatever they are, are doing what they do, but that humans would add a "fear factor" element that messes with our physical bodies as well as psychological/emotional -- again, including animals -- that is scary. And, of course, if it isn't human caused, well then, of course, that is also damn unnerving.
Posted by Regan Lee at 10:10 PM No comments:

Thread on Above Top Secret -- the town where HBO's TRUE BLOOD is filmed has been evacuated. 'True Blood' town evacuated after 6 million lbs. of explosives found, page 1

Clearing Your 5th Chakra to Help You Live Your Truth

It's what I need today, and here it is if you too need it: Clearing Your 5th Chakra to Help You Live Your Truth
Posted by Regan Lee at 1:38 PM No comments: